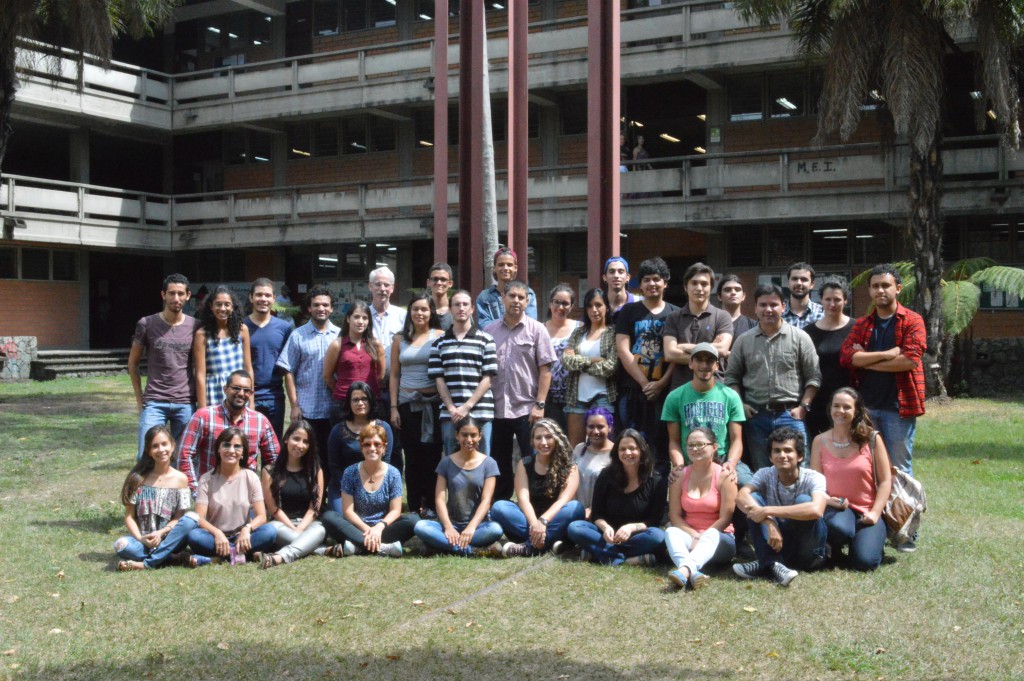 The Herpetological Group of Antioquia (or Grupo Herpetológico de Antioquia in Spanish) was created in February 1997 with the opening of a research program in Herpetology in the undergraduate and graduate Biology programs of the Universidad de Antioquia (Medellín, Colombia), under the direction of Drs. Vivian P. Páez and Brian C. Bock. The directors, along with students in the Institute of Biology, began working to establish a functional laboratory and museum for depositing specimens of the outstanding herpetological richness of the Antioquia Department. The Institute of Biology assigned them a deteriorated lab classroom in the first floor of the Biology building (Lab. 7-121). Without resources and with many skeptics, the members of the insipient GHA relied on a shared passion for herpetology to successfully create a research program in herpetology and a well-curated herpetological museum, to fill the need for both in the university and Antioquia department. In 2010, one of the GHA’s first Master’s students, Juan Manuel Daza, returned with a recent Ph.D. degree to join the staff of the Instituto de Biología and take his place with the other two directors of the GHA in the task of leading the continued development of the GHA.